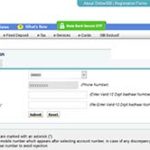 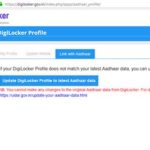 We already know how DigiLocker helps individuals in day to day life to get access to their documents and certificates in digital form through this cloud-based platform. So in this post we will explain how you can correct your mistake if you have linked wrong Aadhaar with your account. Such mistakes of linking incorrect Aadhaar Numbers are bound to happen and after making such mistake you may be hunting here and there on how to get the incorrect Aadhaar Number delinked from your DigiLocker … END_OF_DOCUMENT_TOKEN_TO_BE_REPLACED

On 26th September 2018, The Supreme Court of India gave verdict stating private organizations cannot demand Aadhaar to be linked to various accounts. This historic judgment has straightaway made it out clear that Aadhaar is no more mandatory to submit while opening new bank account, or while getting new SIM’s, however all banks and mobile operators were also forcing existing subscribers or account holders to get their accounts linked with Aadhaar. So this judgment has put end to the … END_OF_DOCUMENT_TOKEN_TO_BE_REPLACED 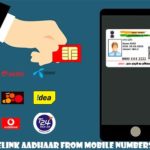 After the verdict of The Supreme Court of India, it is clear that Aadhaar is no more mandatory for Bank Accounts, Mobile Number (SIM Card) and for Mobile Wallets. Now onwards mobile operators will not be able to use Aadhaar based e-KYC and instead they would have to switch to alternative verification techniques. A circular to this recent changes has also been issued to all telecom operators in India including Airtel, Aircel, Idea, Vodafone, Tata Docomo, MTNL, BSNL, MTS, Uninor, Reliance … END_OF_DOCUMENT_TOKEN_TO_BE_REPLACED 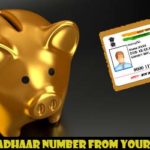 As per The Supreme Court of India Orders, it is no more mandatory for bank account holders to link their Aadhaar Number with their Bank Account. Also the mandatory requirement has also been removed of Aadhaar for opening new bank account, now any resident can provide identity proof and address proof document and get bank account opened without Aadhaar. So after this Supreme Court Verdict if you are wishing or want to delink Aadhaar Number from your Bank Account for your privacy, then you … END_OF_DOCUMENT_TOKEN_TO_BE_REPLACED