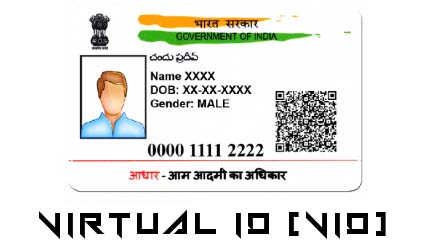 According to Gazette Notification the entities which are classified as local Authentication User Agencies or local AUAs have been guided to make changes into their system to make use of Virtual ID (VID) and UID token as alternative to Aadhaar Number.

UIDAI had rolled out VID feature in its Aadhaar Portal on 1st July, any Aadhaar holder can visit the portal and generate their VID and use the same temporary VID for various authentication purposes instead of sharing their real 12 digit Aadhaar Number.

VID contains 16 digits of temporary number which is randomly generated on entering 12 digit Aadhaar Number. You can share this generated VID everywhere where it is asked to produce as well as for authentication and eKYC Services. If you want to know the complete procedure on how to generate VID then you can follow our recent article What is Aadhaar Virtual ID (VID) Generator and How to Generate It?

By introduction of this two new features which are VID and UID Tokens, the concerns such as collection of personal and demographic details of residents will be reduced.