Post Office’s and Banks were two entities authorized by UIDAI to Offer Aadhaar Services, but Bharat Sanchar Nigam Limited who is an Indian state-owned telecommunications company is joining as a new entity who will be offering Aadhaar Services to Public. 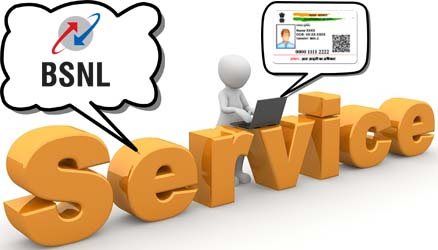 According to UIDAI Offering Aadhaar Services at BSNL Customer Service Centers would be more convenient and accessible to the residents to update their Aadhaar or even for new enrollment of Aadhaar.

So with the update of BSNL Joining Hands with UIDAI as new authorized entity to offer Aadhaar Services, there would be now more options for Residents to get their Aadhaar Updated, for new enrollment or to take printout of their Aadhaar.